The Official PlayStation Page for Greece on Facebook has accidentally revealed that the next major firmware for the PS4, version v1.70, will be releasing next Wednesday, 30th April 2014. The Facebook post has since been deleted, but not before we were able to snap a screenshot of it. 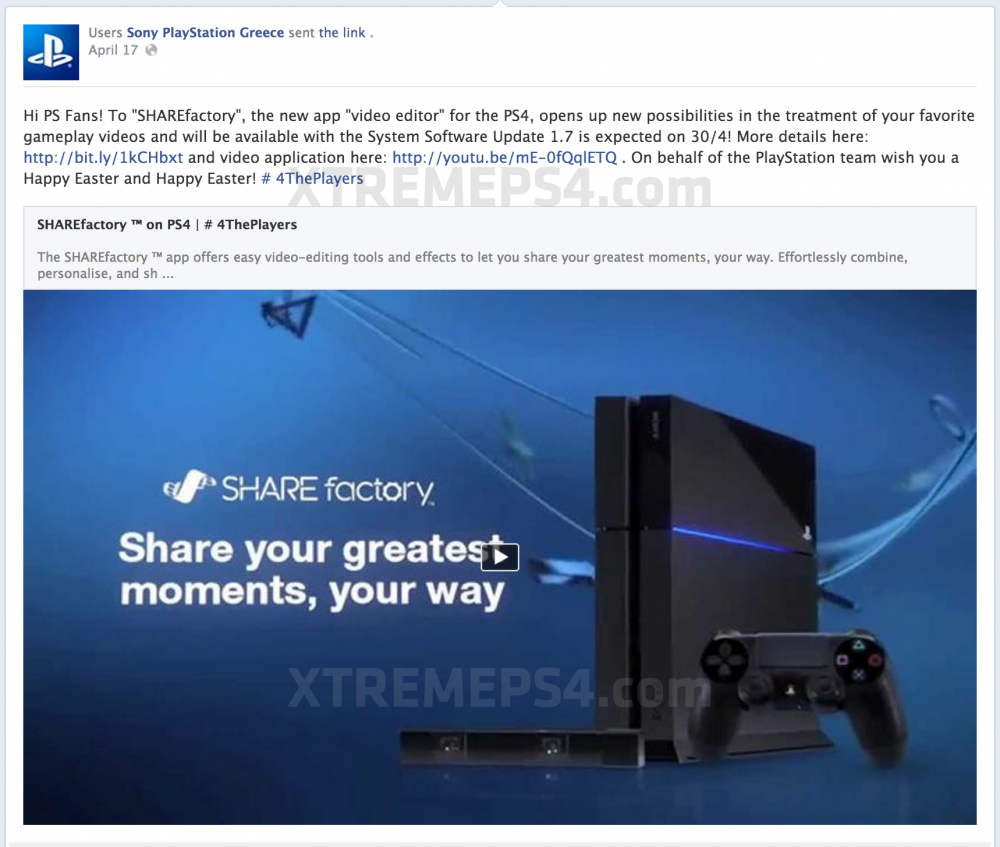 The post in the screenshot above has been translated from Greek, retaining the original meeting as well as the 30/4 release date. Since the date is subject to change, we’ll labelling this as a rumour for now.

Sony has confirmed the release of PS4 Firmware v1.70 for next Wednesday via twitter: