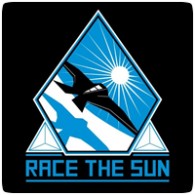 Developers Flippfly have announced that their Race the Sun game, which has been avaialble on Steam for some time, is coming to all three PlayStation consoles. The game will be available on the PS4, PS3 and PS Vita this Summer featuring some “exclusive bonus content”. The game will also support cross-save so you can start the game on any console and continue it on another.

The game will also be cross-buy compatible, so you only need to purchase the game once, but play it on all three consoles.