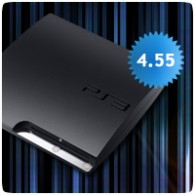 The PS3 has received a firmware update, updating the console’s system software to version v4.55. The update is just a minor one, improving system stability with the use of some newly released games. The update is mandatory, so you’ll need to install it should you want to play online and access the PlayStation Store.