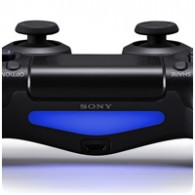 Yoshida also followed up saying “the LEDs do not use much battery.”

The lightbar doesn’t really bother us, but a lot of users have been complaining about glare off the TV caused by the lightbar, especially in dark conditions. If the lightbar cannot be turned off, maybe an option to reduce the brightness would be a good alternative.