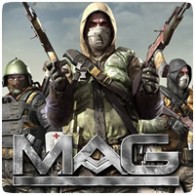 We would like to reiterate that Sony is shutting down servers for a number of PS3 games at the end of the month, disabling online gameplay. As of January 28th 2014, you will no longer be able to play MAG, SOCOM: Special Forces or SOCOM: Confrontation online. MAG and SOCOM: Confrontation and both online only titles, so both of these will become completely unplayable.

Sony will also be shutting down servers for more games later on in the year, with the next shutdowns happening in March and then May.