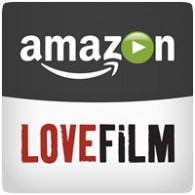 Following on from early reports of the PS4’s entertainment apps in Europe, Sony has released an official list of apps available at launch for Europe, confirming most of what we already knew, but also adding Netflix, LOVEFiLM and other services to the launch line-up. It was rumoured that many of the services would not be available for launch, and while a few services are still missing, it’s good to know that 18 services will be available across the SCEE region.

18 services will be available across the PS4 launch countries from this Friday, November 29th 2013, with an additional 20+ apps to follow between now and Spring 2014, including the likes of TuneIn, Game One, Filmo TVand MUBI.

For us in the UK, IGN, BBC iPlayer, BBC Sports and Demand5 services were previously confirmed, but Sony has revealed that BBC News, Amazon/LOVEFiLM and Netflix will also be available at launch.