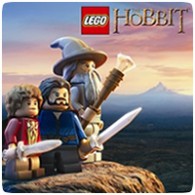 TT Games and Warner Bros. have officially announced LEGO The Hobbit, which will launch in Spring 2014 on a multitude of platforms, including  PS4, PS3, and PS Vita. The game is based on the first two films in the Hobbit trilogy, the second of which is releasing in cinemas this December. Like the previous LEGO Lord of the Rings game, gamers will be able to play as many of the characters visit various locations from the films.

You will visit locations found in the film including Mirkwood and Rivendell, while playable characters include all of the dwarves: Thorin, Fíli, Kíli, Óin, Glóin, Dwalin, Balin Bifur, Bofur, Bombur, Dori, Nori and Ori.

The exclusion of the third movie seems strange, but gives way for a sequel to the game while avoiding spoilers to the movie (for those that haven’t read the book at least).