Rumours have surfaced today that suggest the PS4 may release in Europe one week ahead of it’s official release date. The rumours come from Italian website COplanet and from a Reddit user, claiming that the PS4 will be releasing on November 22nd instead of November 29th 2013.

A translated statement on the Italian website COplanet states:

A user of our forum has just received the call that GameStop has confirmed that the PlayStation 4 in Bundle with Killzone preordered by him will be available from November 22 and if you want to bring the games used for the promotion, thus anticipating a week of the date official launch date.

A Reddit has posted a screenshot of his ASDA UK order, which shows that the PS4 will release on November 22nd, further confirming the rumour: 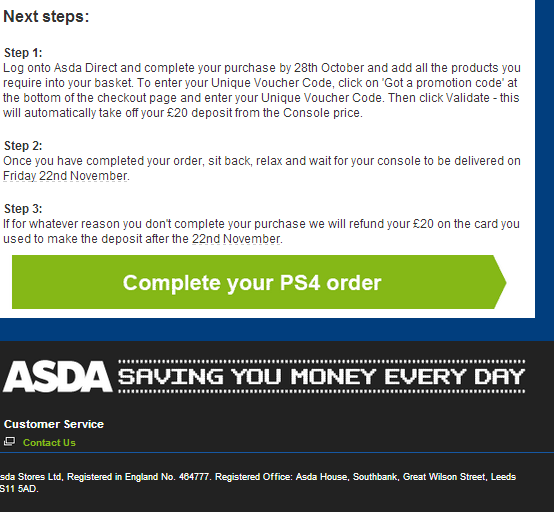 It could all be a confusion, as the Xbox One’s release date is supposed to be November 22nd 2013, so the retailers could have simply got things mixed up.

However, ShopTo have described this rumour as “nonsense”.