Ubisoft and Sony have confirmed that the PS4 bundle with Assassin’s Creed IV: Black Flag will be available at launch in Europe, on November 29th 2013. The new bundle is effectively a replacement for the Watch_Dogs bundle after the game was delayed by Ubisoft into Spring 2014.

A price for the bundle was not announced but its likely to retail for £399.99 like similar bundles. Amazon.co.uk had the PS4 with Watch_Dogs bundle for £389 so hopefully the Assassin’s Creed IV: Black Flag bundle will cost the same. 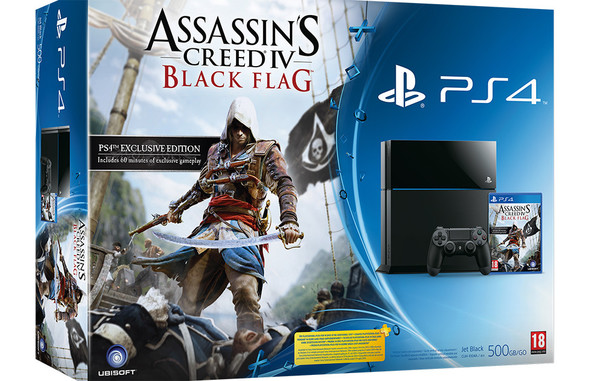