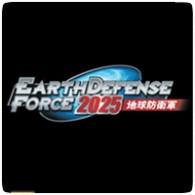 The sequel to Earth Defense Force 2017, Earth Defense Force 2025, has been confirmed for release on the PS3 in February 2014 in North America and Europe. In addition to a release window, the game’s pre-order incentives have also been revealed. Four weapon packs will be available when pre-ordering the game or by purchasing the DLC.

Available exclusively to customers at GameStop is the Air Raider Weapons Pack, featuring:

Other weapon packs available in pre-orders or as DLC include: