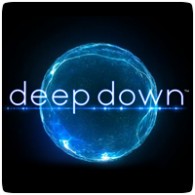 Capcom has announced that PS4 exclusive title Deep Down will be free-to-play when it releases on the console next year, and that a open beta for the game will be available nearer to launch. The news was confirmed in a tweet by Sony Worldwide Studios President Shuhei Yoshida.

Capcom just announced that “deep down” will be a f2p game on PS4, planning open Beta near the launch of PS4 in Japan. @Yoshi_OnoChin

The game looks promising, but will put people off if it features excessive micro=transactions. The TGS trailer of the game below shows some new gameplay fotage: