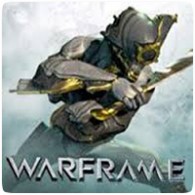 Warframe was originally though to be a PS4 exclusive title, but it looks like the developers, Digital Extreme, have back-tracked and hinted at a Xbox One version of the game and possibly other platforms too. The company have announced that the free-to-play title will be exclusive to PlayStation 4 when the system launches in November – but only for three months.

They don’t go on to say what other platforms that the game will be made available on, but with Microsoft announcing its new Indie game procedures at Gamescom it looks like an Xbox One release for the game may now be very possible.

The PS4 version of the game will make use of most of the console’s features, including integrated audio, touch-pad controls and gameplay streaming capabilities that come with the Dual Shock 4 controller.