Sony UK have revealed via twitter that “GTA V will be amazing, especially on the PS4!”, and inadvertently leaking the fact that the game is coming to the next-gen console. The tweet was in response to a user wishing the game was coming to the PS4. The tweet could be a simple misunderstanding or an actual leak from Sony, as the game hasn’t been announced for the PS4.

As of today, the tweet is still visible on Sony UK’s account, but in case it’s deleted, we’ve also included a screenshot below: 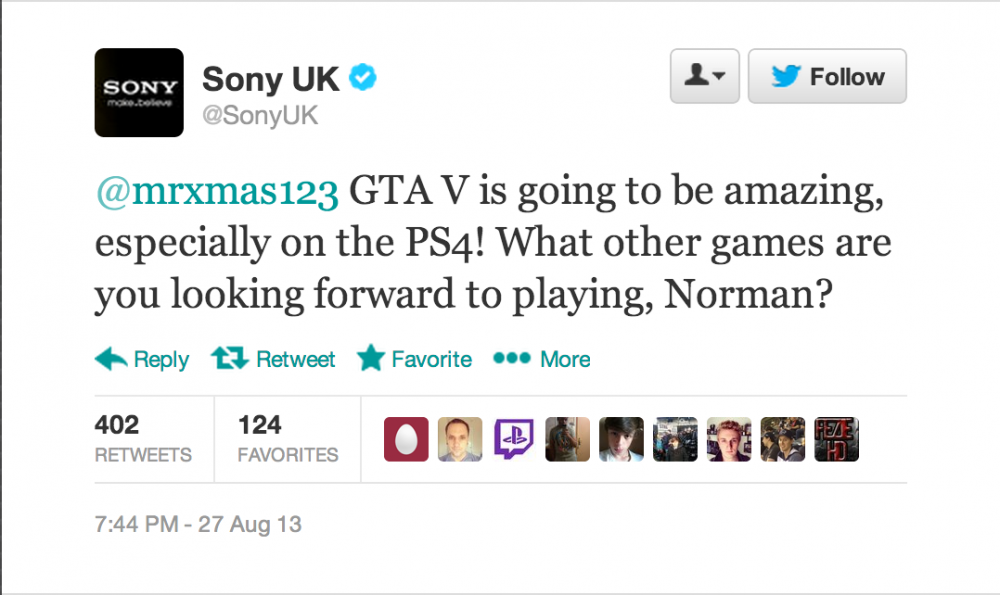