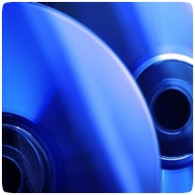 Sony and Panasonic have announced that they’re working on a new optical disc with the capacity to hold a minimum of 300 gigabytes of content. The work on the new format is expected to be completed before the end of 2015, and will be the successor to the Blu-ray disc, which has a maximum capacity of 50GB in dual-layer format.

The discs will be used to hold 4K movies, which are over four times the resolution of the current 1080p HD format, and require over 100GB of space. The PS4 uses the existing Blu-ray format for games and movies, but it’s successor could make use of the new format – but don’t expect to see a PS5 anytime soon.

The next generation of consoles (after the PS4 and Xbox One) won’t be around until 2020, so there is plenty of life still left in the Blu-ray format. However, this new development will effectively mean the Blu-ray format will become obsolete in a few years time.

Special triple-layer 100GB BDXL Blu-ray discs already exist, offering an interim solution, and quad-level 128GB versions have also been promised. However, neither can be read by a normal player, and won’t work on the upcoming PS4 and Xbox One consoles.