Ubisoft have just released a new trailer for Assassin’s Creed IV, titled “A Pirate’s Life on High Seas”, and shows off the life of piracy including drinking, singing and killing. The trailer features new snippets of gameplay, including fight scenes and Kenway jumping from one ship to another.

The trailer also reveals the special Buccaneer Edition of the game, exclusive to GAME. The new Special Edition includes: 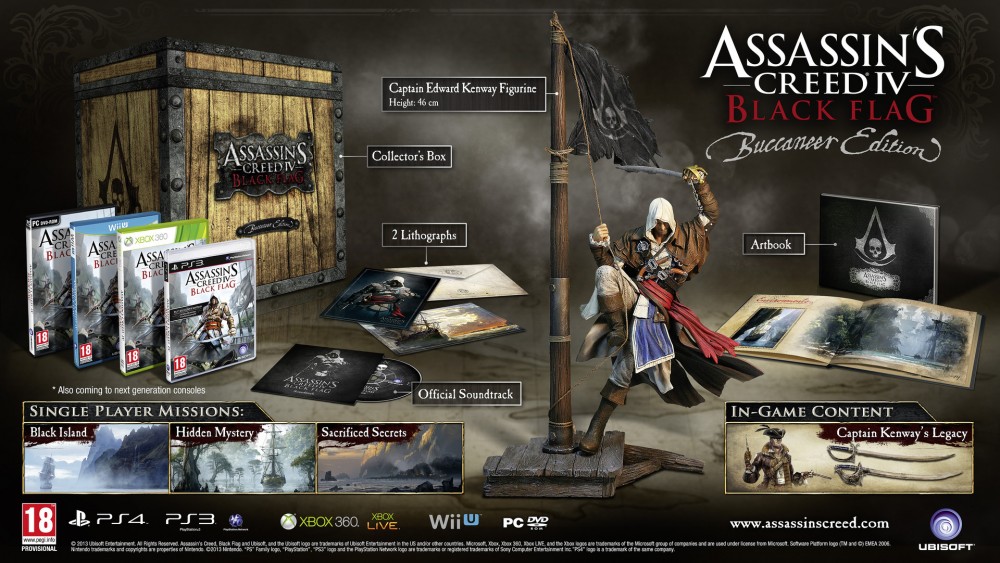 Assassin’s Creed 4: Black Flag will release on PS3 and other consoles in November, with the PS4 and next-gen release date currently unknown.