Sony has revealed the final design for the Steelbook edition of Quantic Dream’s Beyond: Two Souls, which is scheduled for release on October 11th, 2013. Similar to the regular edition of the game, the box art for the special edition focuses on the game’s lead character, Jodie Holmes, who is voiced by Ellen Page.

In addition to the game coming in a Steelbook case, the special edition also comes with an additional playable scene (extra 30 minutes gameplay), the official soundtrack, behind-the-scenes video and PS3 avatar and dynamic theme pack. 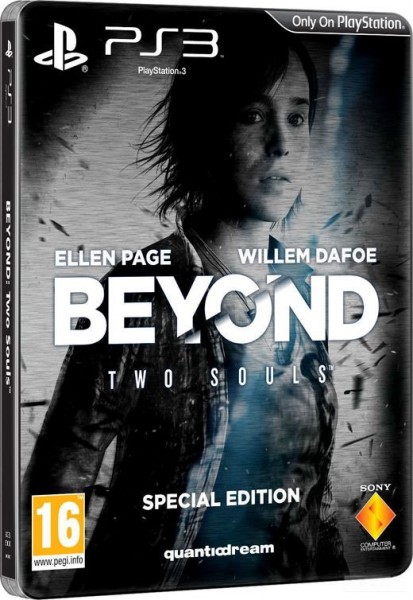