A full page advert in today’s Metro newspaper has confirmed that the PlayStation 4 will be releasing in the UK in 2013. The advert, promoting PlayStation as an official sponsor of the UEFA Champions League, can be found in the sports section of the newspaper.

Now is the time, the world’s
greatest players are going to
entertain, create and amaze
on the ultimate stage. This year a
new generation will push the
boundaries of play and share
in moments of wonder. This year
players will become legends.

The text could refer to the “players” from football teams but you could also read this to mean “gamers”. The advert also states “PS4 Coming 2013″ at the bottom. 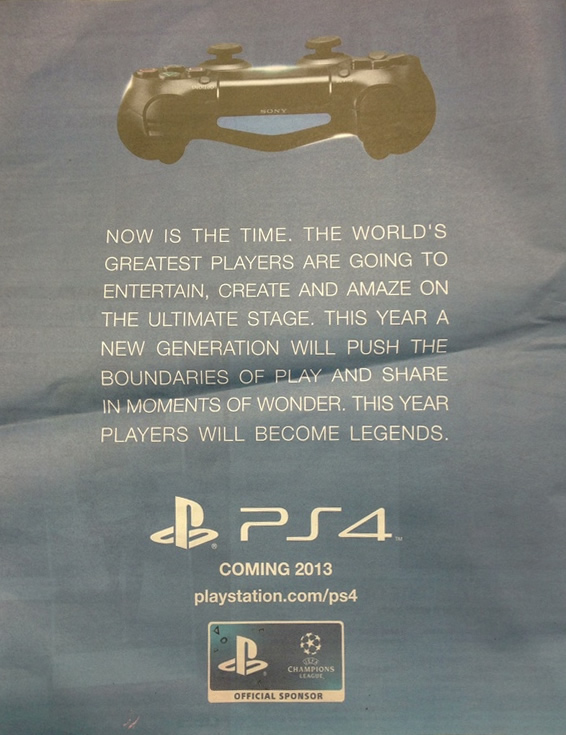