Sony is trying to breathe new life into the PS3 by announcing a new PS3 Slim bundle featuring two games from the two of the biggest franchises on PlayStation. The PS3 Legacy bundle comes with a 500 GB Super Slim console, a DualShock 3 controller, and two games: Gran Turismo 5 XL Edition and inFamous 2, and a 30-day subscription to PlayStation Plus, giving you access to a number of additional games.

The bundle will retail for $300, but has only been announced for North America at this time. 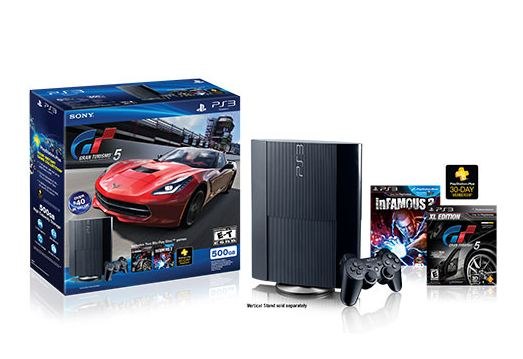