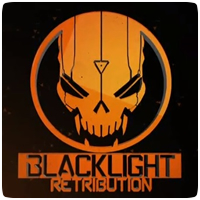 Zombie Studios are bringing Blacklight: Retribution, a free to play first person shooter, to PlayStation 4. The game has been available on the PC for over a year now, but the developers revealed that the PS4 was always their system of choice. The PC like architecture on the PS4 will make the game easy to port over for the studio.

The developers call the game a “fast-paced, free-to-play online, multiplayer game that takes place in the near future and allows players to customize their characters and weapons in countless ways.” You can watch a trailer of the game below: