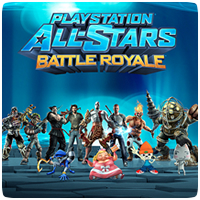 New DLC has been announced for PlayStation All-Stars Battle Royale, featuring two new characters and a brand new stage to enjoy. SCEA Santa Monica Studios have been working hard to bring Isaac Clarke from Electronic Arts’ Dead Space, and Zeus from God of War to the game as two additional playable characters in the game, and a new “Graveyard” level.

The Graveyard level is a mashup of MediEvil’s Graveyard with The Unfinished Swan. The stage starts out as the Medievil Graveyard and slowly introduces Swan touches to the stage, including a hidden labyrinth, to a balloon, the King, and of course the Unfinished Swan itself makes a cameo.

The new DLC pack hits the PlayStation Store on March 19th. As before with the recently released “Fearless” stage, the new “Graveyard” stage will be free in online ranked matches and $1.99 if you want to own it. As for Zeus and Isaac, I’m very happy to announce they will come to North America FREE as a redeemable downloadable voucher code packed in with the new God of War: Ascension, which launches on March 12th. For anybody who doesn’t pick up God of War: Ascension, the characters will also be for sale in the PSN Store for $4.99 each. 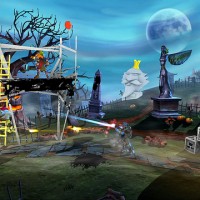 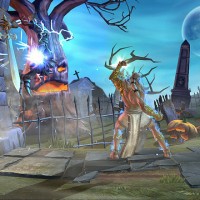