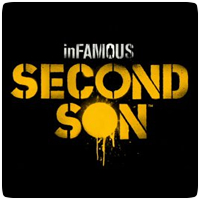 A new inFamous title was announced for the PlayStation 4 last week at Sony’s PlayStation Meeting. The sequel, inFamous: Second Son will take place seven years after the events from inFamous 2, and will follow a new protagonist Delsin Rowe. As Cole McGrath story ends, conduits continue to crop up around the world, and Delsin is one of them.

Delsin commands the power to manipulate, create, or even transform into smoke constructs, which has cause the Department of Unified Protection (DUP) to flag his as a suspected “bio-terrorist.” Sucker Punch has confirmed that the central themes of Second Son are both liberation and value of freedom.

You can check out the trailer for the game below: