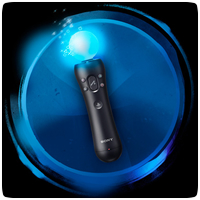 Speaking to Polygon, Yoshida said “No, [the PlayStation 4] doesn’t support DualShock 3 but it does support PS Move.”

When asked about support for other Bluetooth-enabled PS3 peripherals like the Sony wireless headset, a PlayStation publicist cut in saying, “I don’t think we’re addressing additional peripheral support at this time.” But Yoshida quickly added, “That doesn’t necessarily mean it won’t work.”