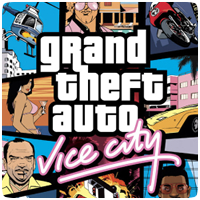 Another Rockstar classic is making its way to the PS3 next week as GTA: Vice City is finally releasing on the PlayStation Network. While GTA III and GTA: San Andreas were previously released on the PSN, GTA: Vice City was left out. The game will be releasing next Tuesday in the US, and Wednesday in Europe for $9.99/€9.99/£7.99.

There’s no reason given by Rockstar for the delay, but previous rumblings suggested that there was some issues surrounding a Michael Jackson song on the game’s soundtrack. There’s also a note in the announcement post that more classic Rockstar titles “will be arriving on PSN “in the weeks and months ahead”.