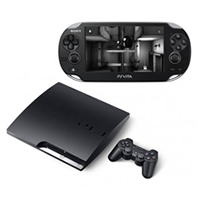 Sony has released the PS3 and PS Vita sales figures for last week, which includes Black Friday results. The two consoles combined sold 685,000 units from November 18th 2012 through to November 24th 2012, which is said to be a 9% increase over last year, including software and peripherals sales too.

Until today, when they pushed out their own figures which actually aren’t that bad at all. Well, you’ll need to combine the PS3 and the PS Vita to get anywhere close to Microsoft’s numbers, but still.

“We’re very pleased with the Black Friday sales results, especially the incredible reception for the PS3 and PS Vita bundles,” said Jack Tretton. “The demand was very strong which quickly depleted our inventory across retailers nationwide.”