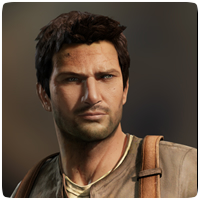 The next game in the Uncharted series has been discovered on an Australian ratings website. The game, dubbed  “Uncharted: Fight For Fortune”, is listed as a multi-platform title, but doesn’t specify which platforms the title is being developed for. A multip-platform release is something new for the series, which was always a PS3 or PS Vita title.

However, it may still be a PlayStation exclusive title, and simply be releasing on the PS3 and PS Vita, and maybe even PlayStation Mobile. Uncharted: Fight For Fortune is being developed by LA studio One Loop Games, who have previously specialised in mobile spin-offs, such as God of War: Betrayal and Ratchet & Clank: Going Mobile.

It’s therefore highly likely that this is a mobile game, possibly for Vita. However, Uncharted: Golden Abyss was a great title on the PS Vita, and it would be a shame not to give the development to Bend Studios.

3 comments on “Next Uncharted Game is Multi-Platform”