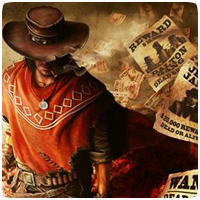 Ubisoft have announced the sequel to Wild West title Call of Juarez. Call of Juarez: Gunslinger is a bounty hunting FPS that will see you hunt down infamous outlaws across the arid plains of 19th Century America, being developed by Techland. A live-action trailer for the title has been released (see below), but no gameplay or game footage has been released yet.

There aren’t any other details on the game yet, but we’ll keep you informed as soon as more details turn up. In the mean time, check out the live action announcement railer below: