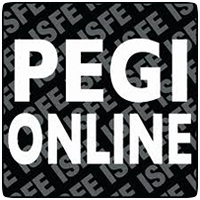 In the UK, the Pan European Game Information (or PEGI) game rating system has become the legal standard for videogames today. It’s now illegal for a videogame retailer to sell a 12-rated game to anyone below that age, or face prison time or a £5,000 fine.

There’ll be a transitional period to ensure long term compliance and for retailers to get up to speed with the rating system. From today, the Video Standards Council will be conducting the approval processes for new games.

“The UK has one of the most dynamic and innovative video games industries in the world, and the games they produce not only entertain millions, but can also educate and foster creativity,” said culture minister Ed Vaizey.

“Today’s simplification of the ratings system benefits both industry and consumers and will help ensure that the millions of games sold in the UK each year are being played by the audiences they were intended for.”

previously, the British Board of Film Classification (or BBFC) rating system was used for games, but was not legally enforceable. The new PEGI rating system now supersedes the BBFC ratings.