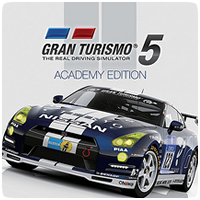 Sony will be re-releasing Gran Turismo 5 this year, as a ‘complete’ “Academy Edition” to celebrate the recent GT Academy competition. The “Academy Edition” which will contain the original game and DLC content that was previously released as paid-for premium content on the PlayStation Store.

The Academy Edition will feature: