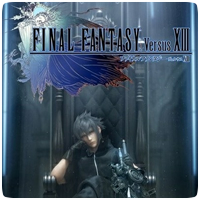 Kotaku is claiming, from “multiple sources”, that Final Fantasy Versus XIII has been cancelled by Square Enix. The site claims that the game was officially cancelled within the “last few weeks” and the decision has impacted morale at the company. The rumor also suggests that an official cancellation announcement will not be made.

Instead, the game will be left to “die quietly on the vine and fade away.” Not much has been seen from the game since it was first announced six year ago, except for the occasional trailer and screenshots. But even that has been few and far between over the past year.

“Whether it’s been cancelled entirely or had resources absorbed into a newer, larger project, the game we once knew as Final Fantasy Versus XIII would seem to be no more,” says Kotaku.

“We have no information on the status of Final Fantasy Versus XIII, but will be sure to update you as it becomes available,” is the current official line from Square Enix.

One comment on “Rumor Alert: Final Fantasy Versus XIII May Be Cancelled”