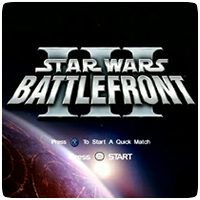 Almost an entire hour of gameplay footage from Star Wars: Battlefront 3 has been leaked by Past to Present. The game was being developed by Free Radical Design before the project was cancelled when the company went into administration back in 2009.

Free Radical was taken over by German firm Crytek, which renamed Free Radical to Crytek UK. Free Radical had spent two years developing the game before it was canned, so its a shame that this game will never see the light of day.