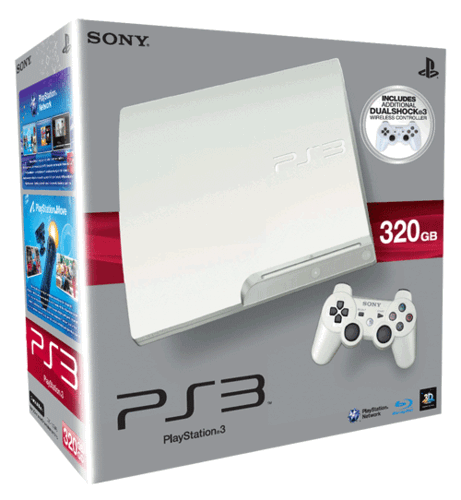 Sony has announced that the White PS3 is heading to Europe this morning. The new coloured console will be available in te UK from June 29th 2012, priced at £239.99. The white model will include a 320GB hard drive, two DualShock 3 controllers and 90 days of free PlayStation Plus access. However, GAME has exclusive rights to selling the console.

With the 90 day Plus subscription, gamers will be able to download 10 free games including inFamous 2 and LittleBigPlanet 2. You can pre-order the console from GAME, which will shop from July 6th 2012. In Ireland, the console will be available through GameStop from September.

The White PS3 was originally rumoured to be released last November.