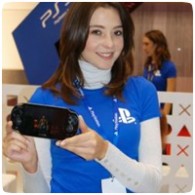 John Koller, Sony’s head of hardware marketing, was interviewed by Kotaku regarding the PlayStation Vita. He talks about the Vita’s success and how Sony want to avoid making the same mistake with the new console as they did with the PSP. However, it does seem Sony is just repeating what happened…

We have to admit, the PS Vita went off to a bad start, with lots of people claiming it was doomed to fail before it even launched. The PS Vita is a great piece of kit, when when it comes to portable gaming, the Vita’s games are just too expensive when compared to the Apple App Store and Google Play. However, Koller still thinks the PS Vita has a bright future ahead.

At the moment, almost all Vita owners have a PS3 too. “Almost across the board, the Vita owner has been a PS3 owner,” he says. He also goes on to say that Sales of digital Vita titles are “several times higher than what we expected,” but he didn’t reveal any numbers.

With regards to pricing, he doesn’t think there is a issue compared to mobile games on the iPhone and Android. “I don’t think there is an issue vis a vis $40 games,” he said. “Uncharted is $49 and it’s [sold to Vita owners] incredibly well. I think that proves that if you have the right game and the right content and franchises, you can price the way you need to, and, by the way, once you get them in, you can start selling them the $5 to $10 games that you have on the Network.”

Koller also admitted that the PSP tried to sell gamers PSP games that were too similar to their console counter-parts.  “Ports tended to be very difficult to message,” he said. “Consumers go, ‘I’ve got it on console. Why do I need it on this and spend $40 on this and spend $40 for exactly what I have on console? That doesn’t make any sense.’ I think that’s a very relevant position,” he says.

However, Sony are still doing that with a number of PS Vita titles. In some cases, you do get the PS Vita version of the game for free when you purchase the PS3 version, so at least Sony are making some progress. After all, two games for the price of one sounds better with the consumer.

Koller says that the PS Vita is doing as expected, “Right now we’re on forecast to where we thought the platform would be.” Hopefully, games like Assassin’s Creed 3: Liberation and Call of Duty: Black Ops Declassified can help Sony boost sales.