Another PS3 title will be heading to the NGP – this time its Hustle Kings. When Hustle Kings came out for PS3 in late 2009, it was lauded for its visuals. And for good reason – it’s the finest looking billiards game ever created. This time, Hustle Kings for NGP will feature not only great visuals, but also the integration of touchscreen controls.

Check out the preview of Hustle Kings from the PlayStation.Blog:

After choosing my game type and table, I used a combo of touch- and analog stick-controls to set my shot using a customizable guide-line. Then I pulled the cue stick back with my index finger on the screen and fired. The result: a straight, solid shot with a satisfying “clack!” I did it again and again. Sure, you can use the analog stick to shoot, but touch is the way to go with the NGP version of Hustle Kings. It makes the game more immersive, and, dare I say, a lot more fun.

The difficulty of taking a shot is widely variable. You can set a guide that will tell you exactly where your ball will go, or just eyeball it. Cueing methods vary from a pinball-like pull-and-release motion to the traditional poolhall motion. But Hustle Kings NGP takes advantage of more than just the NGP’s touch screen. On the PS3 you can chalk your cue by shaking the DualShock 3. Here you can apply chalk by “rubbing the cue” via the backtouch panel. Instead of selecting a pre-made avatar, you can snap a photo of yourself using the built-in camera. Other functionality abounds: You can use your NGP’s screen as a window into the pool hall by rotating around the ball with the six axis motion sensing, and chat in-game using the NGP’s built-in microphone.

Things get even more creative on the multiplayer side. Yes, you can compete live via Wifi against other NGP-equipped players. Hustle Kings also features interoperable cross-play with the PS3 version of the game, ensuring plenty of built-in competition on day one. None of your friends online right now? Here’s something I think you’ll see a lot of moving forward: asynchronous multiplayer. You take your shots, then the NGP messages your friend. When they pick up the game next, they view your last turn, then take their shots. It’s kind of like playing via text message, or Words With Friends on a smartphone.

I was also informed that all DLC presently available for Hustle Kings PS3 (like the ever-popular snooker) will be made available on NGP as well. I thought I knew what to expect before going hands-on with Hustle Kings NGP, but I didn’t expect to enjoy it as much as I did. A new interface can make a big difference. 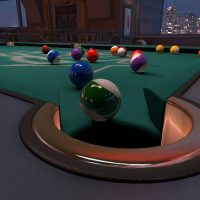 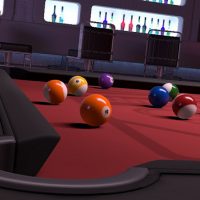 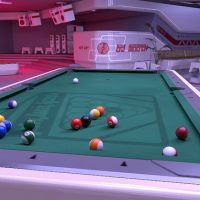