The next God of War title for the PSP, Ghost of Sparta is only a few months away from release. The game will be available on UMD and via digital download from November 2nd 2010 – the official release date for the game. Best of all, pre-order the game now and get exclusive content on release.

The same pre-order bundle will be offered to those who purchase the digital download version of God of War: Ghost of Sparta through the PlayStation Store from November 2, 2010 to November 9, 2010.

The God of War: Ghost of Sparta pre-order package includes ALL of the following: 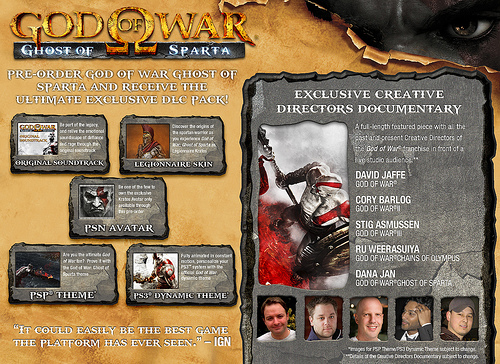