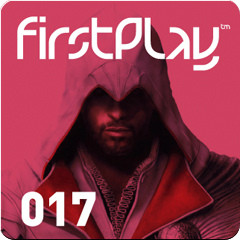 Episode 17 of FirstPlay will be going live on the Store from Wednesday, and this week you will find a fantastically sharp HD preview of Assassin’s Creed Brotherhood. Alongside that there is also got a feature on 3D on PS3, including an interview with Sony UK boss Ray Maguire, a reviews round-up including Lego Harry Potter: Years 1-4 and Toy Story 3.

In this week’s PlayStation Network Highlights the FirstPlay team take a look at downloadable games Hamsterball and Fret Nice in their Best Of PSN video. You can also find previews of multiplayer modes of some upcoming triple-A titles, including Call Of Duty: Black Ops, Medal Of Honor and Gran Turismo 5.