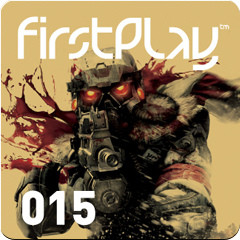 Episode 15 of FirstPlay will be available to download from the European PlayStation Store later today, featuring a behind the scenes look at Killzone 3. The FirstPlay team go hands on with the game and also talk to the lovely folk at Guerrilla Games. This week’s episode also includes a preview of scuzzed-up crime shooter, Kane & Lynch 2: Dog Days.

Episode 15 also has a round-up of recent releases, including Alpha Protocol and Pure Football. The network highlights section includes a look at the best racers available on PSN, including WipEout HD and PixelJunk Racers, a round-up of PSone classics, the best of your LittleBigPlanet levels and a huge guide to making money in Red Dead Redemption.