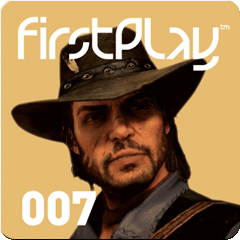 It’s been seven week already – and the 7th issue of FirstPlay hits the PlayStation Store tomorrow. This week’s episode this includes a preview of Rockstar’s cold-eyed six-shoot ‘em up, Red Dead Redemption, with a full review coming in a future episode. Episode 007 also features UFC 2010 and Skate 3.

The PSN Highlights this week include the best PSN shooters, a look at some of the best comics on the PSP Comics Store and some Just Cause 2 destruction videos. As usual, you can pick up the episode for just 99p.