The PSP will be getting a new God of War title, and is currently being developed by the same studio who developed the original PSP title: Ready At Dawn Studios. Graphically the guys are pushing the PSP to the limits once again with state-of-the-art visual technologies, higher quality environments and greater depth of scale – just check out the below screens.

So serving as a prequel, this new journey picks up after God of War concludes, telling the story of Kratos’ ascension to power as the God of War. In his quest to rid the nightmares that haunt him, Kratos must face his dark past to prove his worthiness to the Gods — a journey that will reveal the origins of lost worlds, and finally answer long-awaited questions about Kratos’ tattoo, scar, and family. Armed with the deadly chained Blades of Chaos, he will once again have to overcome armies of mythological monsters, legions of undead soldiers, and amazingly dangerous and brutal landscapes throughout his merciless quest. 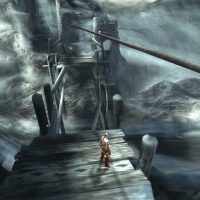 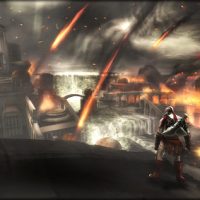 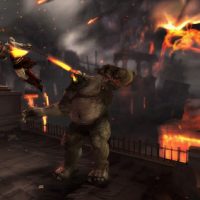 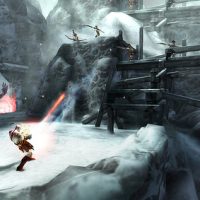