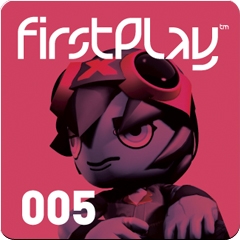 The first episode of FirstPlay for May hits the PlayStation Store later today (yes, on a Wednesday). Episode 5 features a review of God Of War Collection, the HD refit of God Of War I and II which hit the shops last week, an in-depth look at upcoming racer ModNation Racers, and a preview of motorbike racer SBK X.

You can also find the usual spread of Network Highlights, featuring a PSP round-up and an awesome Uncharted 2 kill-streak, plus screenshots galleries including Skate 3 and EA Sports’ MMA. There are no new downloads this week, but the FirstPlay team has revealed that they will be giving away more PSP Minis titles in the near future.