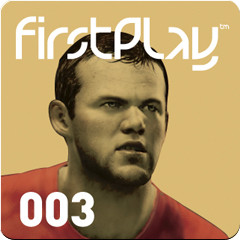 The third episode of FirstPlay hits the PlayStation Store this Thursday, but you can still get the first two episodes from the store if you missed them. Episode 003 will feature an HD review of 2010 FIFA World Cup, and previews of Blur and Mafia II. As always, the episode is 99p or less if you subscribe for 3 months.

There’s also another round of Network Highlights – including a look at PS3’s best online shooters and the latest downloadable movies – and the latest screenshots of UFC Undisputed 2010 and Dead Rising 2. No details on exclusive downloads were revealed, but lets hope the episode contains a special surprise.