If a recent PlayStation Magazine scan is to be believed, God of War III will be getting some downloadable content soon. However, this is no ordinary content. The scan shows that the game will be getting some kind of multiplayer content, expanding the current single-player aspect of the game. The scan, originally posted on the GameTrailers forums, can be found below.

The scan shows two health bars, and has a interface similar to the Tekken or Street Fighter. If the scan is to be believed, this would be the first time the series has explored multiplayer gameplay. What do you think? Should God of War III remain a single-player experience or would you rather duke it out against a mate? 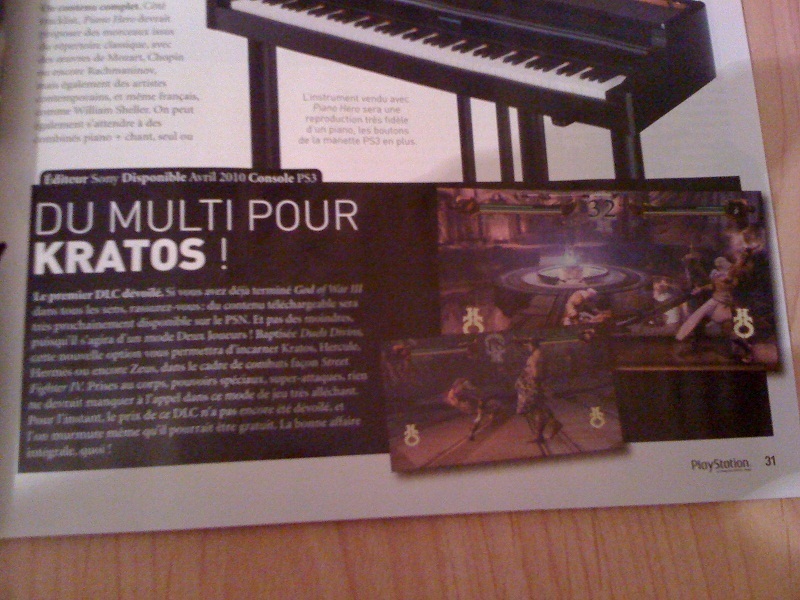