If you are looking for some laughter this April Fool’s day, check out what the PlayStation Store has to offer. Some hilarious movies are available on the UK store for as little as £5.99 – download movies directly on to your PS3 or watch them on the go on your PSP – you’d be a fool not to. Titles include Jackass Number Two, Shaun of the Dead and American Pie. 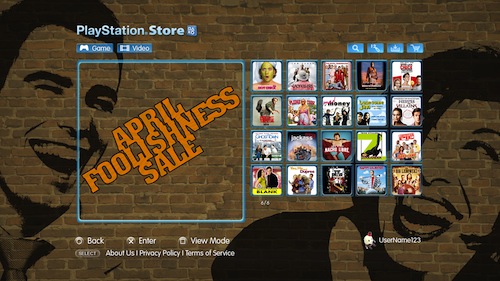 Here are just some of the hilarious titles on offer: