The MAG Beta is now over, after running for the past few months. With the end of the Beta, the only thing left to look forward to is the launch of the game on January 26th 2010. The official box art for North America has been revealed (see below) as well as some statistics from the beta. In short, over 42,000 matches were played during the beta test. Between November 9th and December 5th, over 65,000 players logged on, making almost 18 million kills. See the full statistics below. 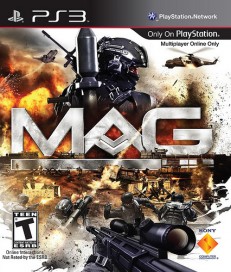