The PSPgo launches later this week and brings with it a UMD-less future. To aid in the launch of the new PSP model, Sony  has uploaded 16,000 downloadable its, from games and movies to TV shows (region dependent). However, not all of this is new content. If you live in the US, you will have access to all 16,000 items – but as for Europe, the number is significantly less. See below for a breakdown of content.

As for retailers, since there won’t be selling many UMDs from now on, gamers will be able to purchase special voucher codes to download games straight of the PSN – perfect for anyone who doesn’t have a credit card to hand. Voucher-compatible games include Gran Turismo, Patapon 2, Daxter and God of War: Chains of Olympus. 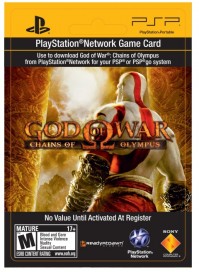 One comment on “PSPgo to Have 16,000 Downloadable Items At Launch”