An image has surfaced on the internet indicating that a Gran Turismo 5 beta is coming soon, and could already be in the private beta stage. The image clearly shows a PS3 download screen for the highly anticipated Gran Turismo 5. A beta for the game, due to release this winter, hasn’t been officially mentioned or announced yet. However, it’d be no surprise that a game on this scale would need some sort of beta testing phase to make sure that the online mode was up-to-scratch. 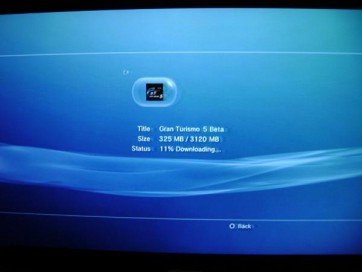 As this hasn’t officially been confirmed yet, we’ve tagged it as a rumor for now.