Yesterday at GamesCom 2009, Sony announced the Digital Comic Store for the PSP. The new service will allow PSP owners to access a range of media on their PSP. The digital reader service will be launched with Digital Comics this December in select countries, including the U.S and regions in Europe. We also have the first screens of what the service will look like. Take a look below.

Over 1000 digital comics will be available on the PlayStation Store (on the PSP and Media Go). Sony has partnered with one of the leading comic publishers, Marvel Entertainment, to bring you the biggest names in comics, including Spider-Man, X-Men and the Fantastic Four. 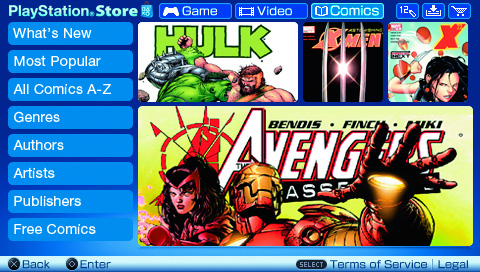 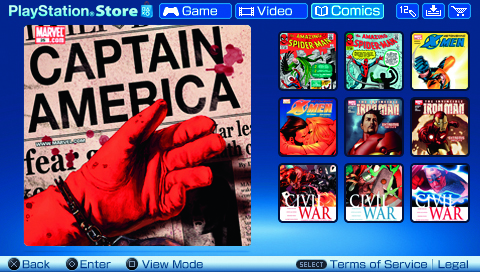 One comment on “First Screens Of PSP Comic Store”