Is the PS3 already with game developers? The making of video for Batman: Arkham Asylum seems to suggest so. The video, included below, shows two blurred out consoles at the 1:35 timestamp. If this is a normal PS3, why blur it out? It suggests that the PS3 is special, compared to the standard console. But is it actually the PS3 Slim? It is conveniently placed next to a monitor which gives it size away. 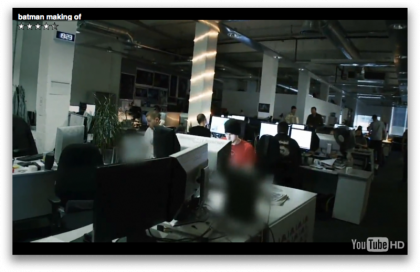 Assuming the monitor is around 20″, it is approximately 14″ high. The current PS3 model is around 12″. The PS3 in the video is clearly smaller than the monitor by several inches, which suggests it is the PS3 slim. Also note that the location of the cable is much higher than the current model. Of course, we can’t be 100% sure and the monitor could be bigger than what we speculate. Watch the video below and you be the judge.