The latest booster pack for Warhark, Operation Broken Mirror, will be available to download to from PlayStation Store on April 17th, at the price of £3.99/$7.99. The booster pack will contain a entirely new layout called Vaporfield Glacier, with seven different layouts, and a new vehicle: the APC or Armoured Personnel Carrier. You can see our earlier report of Operation Broken Mirror here. Press Release and images below. 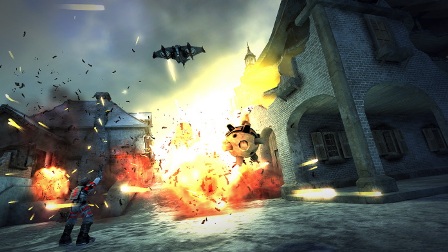 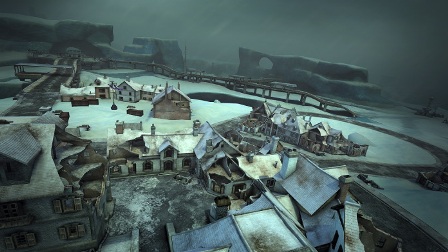 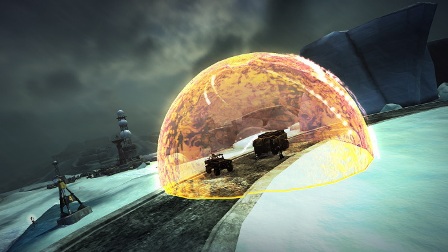 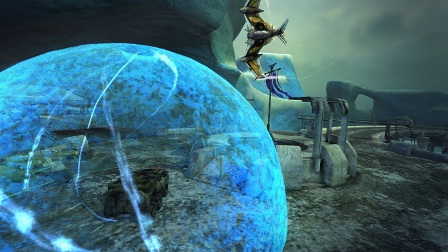 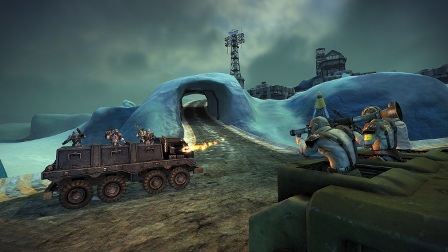 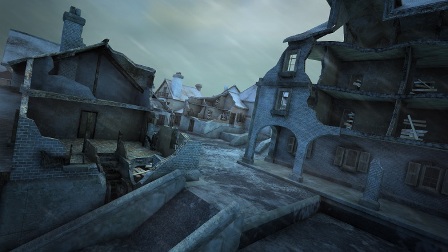 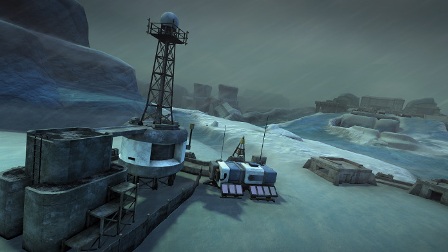 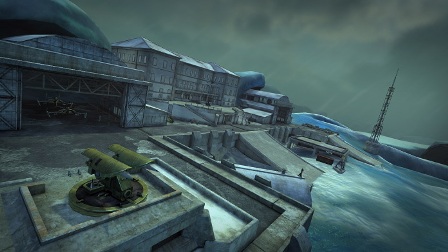 Since the first expansion pack (Operation: Omega Dawn) was released on PLAYSTATION Network (PSN) last December, Warhawk soldiers have been stepping up the attack around the world, battling for domination on the ground and in the air. To fuel the battle and keep morale high, expansion pack Operation: Broken Mirror will launch exclusively on PSN in April, bringing the mighty Armoured Personnel Carrier into the fray as troops battle it out in the seven arenas of the new Vaporfield Glacier.

The Glacier is a new Eucadian stronghold where snowy conditions blanket an intricate network of freeways and towns, the hub of which is the war torn Radial Village. Desperate for an advantage, the Eucadian army has established a research base in the southern polar wastes, far away from the active battle fronts. However, there is a mole in the camp and secret intelligence has been leaked to the Chernovan command instigating a lethal invasion force. The battle will be decided across seven arenas capable of holding different numbers of players – up to 32 gamers can fight in Tundra Assault, for example, while Olsavik Village is designed for smaller battles with four to eight players.

New terrain requires new equipment and what better for ground assaults in the snow than the Armoured Personnel Carrier? Designed for rapid infiltration, the tough and swift APC allows six passengers to fire weapons through its side hatches and features a ‘speed boost’ to charge through enemy lines more effectively. Once the APC reaches its destination, it acts as a forward spawn point for swarms of reinforcements. There’s also a driver-activated E-POD (Electrostatic Plasma Ordinance Disrupter) that emits a burst of energy that absorbs enemy fire to provide a temporary shield for your troops. It’s also a hazard for enemy Warhawk which are destroyed if they come into contact with it. The APC comes in two forms; one Eucadian (M-22 APC/SW) and one Chernovan (HE7-Walrus).

Before Operation: Broken Mirror, there’s another addition to your Warhawk experience via a downloadable patch. Early April, two new troop weapons are coming to the theatre of combat: the wrench and the Bio Field Generator. The wrench pickup replaces the knife and can be used in the same way – as a melee weapon that can kill enemy infantry with a single strike – but it’s not just a weapon; it be used to repair friendly vehicles. By simply standing next to the vehicle and striking it with the wrench, the lifespan of the vehicle is extended – with the opposite occurring when enemy vehicles are struck. The Bio Field Generator also replaces the knife and is deployed like a proximity mine, sticking to walls and vehicles. It generates a nanite cloud of your team’s colour – allied troops standing within the cloud experience rapid health regeneration with the opposite occurring to the enemy.

The Warhawk landscape has changed once again – download Operation: Broken Mirror for Warhawk via PSN in April and get ready to change the way you wage war…

Operation Broken Mirror has now gone gold, and will be available to download on April 17th.