Earlier this week, Naughty Dog features an extended gameplay demo of upcoming game Uncharted 4 on Twitch. The video is an extended version of the one features at Sony’s E3 Press Conference last month, with just under 15 minutes of footage. In related news, Naughty Dog has also confirmed that the single player story will be locked to 30fps, but 60fps is still the aim for the multiplayer mode. 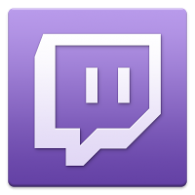 Sony has a sneak peek planned for tonight for an upcoming PS4 game. At 8.00pm GMT/9:00pm BST/10.00pm CET, the Twitch PlayStation Channel will be broadcasting the gameplay. The only clue is a word highlighted on the PlayStation.Blog: “Blink and you’ll miss it.”

The PS4 has been a success for Sony is many ways. Not only has it outsold the Xbox One with over 1.2 million more units sold, Sony has also revealed that PlayStation Plus subscription are up 90% since the next-gen console launched. The increase in subscriptions is largely due to PlayStation Plus being required for online gaming on the new console, although it’s not required by all games.

The PS4 has built-in functionality to let you broadcast live gameplay to Twitch.tv or uStream, allowing friends and other users to watch you play. We’ve created this short video tutorial on just how easy it is to start broadcasting your gameplay using Twitch.tv and the limitations of the PS4.

Sony has revealed that PS4 gamers have shared more than 800,000 gameplay broadcasts, and over 7.1 million spectate sessions via Twitch and UStream. In total, that adds up to more than 20 million minutes of live gameplay across the globe. According to UStream, the average broadcast was 31 minutes long, while Twitch reports that 10% of all content on the platform since 15th November has come from the PS4.