If you are having issues with your PS4, you can access the Recovery Menu / Safe Mode to fix common issues, like restoring / reinstalling the Firmware, resetting the console to Factory Settings and more. Please take care when using the Safe Mode, as some of the options can destroy data on the console. 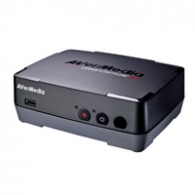 You can stream videos, music, pictures, online videos, and more using Orb. You do not have to install anything on your PS3 to stream files.

The Yellow LED/Light of Death (or YLOD) on the PlayStation 3 indicated a hardware failure. It’s similar to the Red Ring of Death (RROD) on the Xbox 360 but less common, according to Sony. It’s frustrating if you have ever experienced this problem before, as you cannot start up your PS3 or even eject the disc. The YLOD can mean one of several things: faulty power supply, disconnected CPU/GPU, fan/cooling failure, or excess dust/dirt.

We’ve received many emails and YouTube comment about how to access the PS3 recovery menu, so we though we would write up a detailed walk-through to help you out. The PS3 recovery menu is available on firmware 2.50+ and allows you to preform various operations on your PS3, including restore factory settings and reinstall firmware. You can read our original coverage on the PS3 Recovery Menu (including video) too.

Having trouble installing games downloaded from the PlayStation Store? Check out the video tutorial below for some help.

­Need help installing and applying XMB themes on your PlayStation? Then check out the video below. All you need is a USB flash drive or Memory Card and some themes.